You are here: Home / Uncategorized / The House Story

I’m telling you the entire story today because we finally sold our house that we just moved from to the casa.  I want to be transparent and show you the genuine struggle that we had for what was right for our family.

When my childhood-sweetheart husband and I got married in 2006 we rented a little 800 square foot house. It was little, cozy and really special to have our first home together. After two years, we found another rental home much closer to family and church.  This house was the casa and you can see how it looked back then.

When our one year contract was close to being up, we started looking for a home to purchase.  We looked at old houses that needed updating, new houses, land in the boondocks…so many different options.  We finally decided on a brand new house in a brand new subdivision.  We got a good price for what we bought.  It was exciting to own our first home!

Then, five months later everything changed.

The economy crashed…the exact same weekend that I “retired” from my job to be a stay-at-home-mom.  We began losing thousands of dollars in income each month from my husband’s job. It was horrifying.  And we were expecting our first child in just three months.

To pay the bills {specifically the mortgage}, my husband took on a second job that caused him to be out of town or working 6-7 days a week. 🙁 He kept that schedule for over a year until his primary job began to pick up again.  I’m pretty sure that that year was the hardest on our marriage.

Our mortgage continued to rise due to property taxes and insurance premiums {we had a fixed mortgage} and my husband continued to work 60 hours a week. In April 2010 we decided enough was enough, so we put our house on the market. There were a few lookers {less than five showings} in the first few months.  The market is awful!

During the primary election in June, I saw our former landlady at the polls.  She mentioned how much she wished that we still lived in her rental house.  I told her that she had no idea how much we wished that we did as well.  Little did we know that the current tenants would unexpectedly move out two weeks later leaving the house completely free for us.

In July, my husband and I made a very difficult decision. We stopped paying our mortgage because the money just wasn’t there. We depleted our savings trying to make it work. This was the most humbling decision ever. We made the decision for our family.  We decided that it would be better to live in a cardboard box or a dirt hut and be happy and together, than to have a gorgeous house and be apart and barely able to pay the mortgage.

After being unsatisfied with our realtor, we switched to much better realtor who worked incredibly hard marketing and showing our home.  We got an unofficial offer on our house which we accepted, but then the couple backed out because their car wouldn’t fit in the garage.  Sigh.

In October, we signed a rent-to-own contract with our former landlady. It is a dreamy deal.  The price is set.  We’re paying rent plus some which is still hundreds of dollars less than our mortgage payment was.  And we are saving for a down payment when we get the remaining balance financed in three years.  See, I told ya, dreamy! 🙂

During the holidays, showings picked up a little and finally a young couple came along and fell in love with our house. {insert happy squeals}

Because we did a short sale there was much more paperwork to take care of.  It was stressful as we waited on our mortgage company to get all the details worked out.  Finally we settled on a closing date and we moved out and back to the casa in one day. 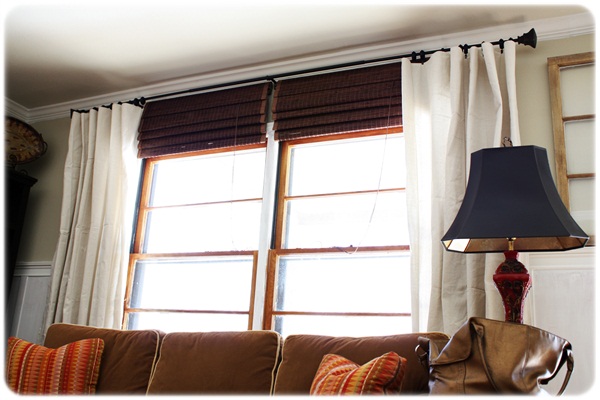 Then the mortgage company had a bajillion issues and our negotiator went out of town and blah, blah, blah, so closing was postponed.

On February 10, we sold the house and handed over the keys to buyers who paid cash.  Ahem. {they are younger than us…and apparently wiser}

Part of me was sad that day, but the other part of me was and is so incredibly happy to be out from under the incredible financial stress that we’ve been under for the last three years.

So, that’s the scoop on how we got to where we are today. We’ve learned some really, really hard and humbling lessons along the way.

{Edited to add: This was an agonizing journey with countless prayers and tears.  I’m not saying that anyone should just walk away from their debt and responsibilities.  We didn’t just walk away.  We sought the help of a realtor to sell our home and we sought help from our mortgage company and were able to sell our home and avoid foreclosure, thank the Lord! We don’t recommend walking this road to anyone.}